A Small Blog on Even Smaller Flats 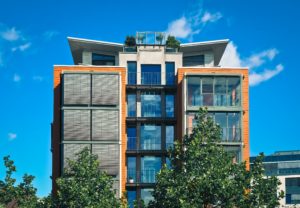 Recently, a local newspaper wrote an article describing the size of some proposed flats in Leicester city centre and the apparent outrage from a local councillor. The three studio flats (which have now been approved) are set to be 16 square meters each. To put this in perspective an average car parking space is 11.5 square meters. On top of this, as these are studio flats they will include a bathroom, kitchen area and living space further encroaching on the already too-small designs.  The question is, however, is there a place for such apartments or is this simply profiteering at the expense of the consumer?

A Case For Small Living Spaces

Firstly I would look at the argument that the developer would likely give. This is that they are providing cost-effective living space in a vibrant city. This is likely to appeal to Leicester’s large student base, who may be looking for such accommodation.

Further, they will argue that they are making the most out of scarce land found in the centre. By squeezing more flats into a tighter space more people can work and live here. This is also an argument that we likely also appeal to the local council who want to promote living and working in the centre of Leicester.

Lastly, there is a larger economic argument that smaller living spaces are actually just a natural consequence of an ever ageing and overcrowded population. We actually need flats to be smaller to fit everybody in, and the developer is simply fulfilling this demand.

A Case Against Small Living Spaces

If the arguments above are to be true there is the obvious concern that this puts the landlord or developer in the driving seat. They can both control the size of the flat and the price. As demand for the flats comes largely from necessity and not a trend, it will be interesting to see if, when these flats come to market, they are indeed affordable.

The Government has deemed this a problem and from 1st October 2018, there will be a minimum size applicable to all HMOs. This will be 6.51 square metres for rooms accommodating one individual over the age of 10, and 10.22 square metres for those rooms accommodating two individuals over the age of 10. Local councils will have the discretion to apply the minimum standard set by the government or their own stricter standard if they feel it is applicable. I would however again return to my analogy of the car parking space and point out that the one person room would be just over half this size.

While it seems clear that we are not going to be able to stop accommodation from getting smaller, we must be aware of the implications on wider society. The government rules are welcome and should stop frugal landlords from taking advantage of a population in need of cost-effective living space. On the other side, there is very much a chance for developers to get this right and to provide an effective service solution to a wider problem.

Cameron Connolly is a Paralegal in the Commercial Property department. He can be contacted on 0116 402 7255 or email cameron.connolly@bhwsolicitors.com