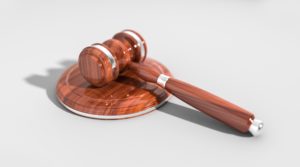 A Norwich Pharmacal order (NPO) is made by an applicant in order to force a third-party respondent to disclose information or certain documents to the applicant. These orders are quite often used to obtain the identity of a potential defendant to a proceeding.

Background to a Norwich Pharmacal order

In Norwich Pharmacal v Customs and Excise Commissioners [1974] AC 133, it was recognised by the House of Lords that there was a need for an equitable jurisdiction which enabled the court to require a third-party to provide certain pieces of information.

Norwich Pharmacal orders can be used to obtain information in a number of different situations including, but not limited to: email routing and IP addresses of website users.

In order for a Norwich Pharmacal order to be granted, three requirements need to be satisfied as set out by Lightman J in Mitsui and Co Limited v Nexen Petroleum UK Ltd [2005] 3 All ER 511.

The first condition is that a wrong must have been carried out, or arguably carried out, by an ultimate wrongdoer. The use of the word wrong in this sense is broadly construed, it can be a crime or a simple tort or breach of contract. Furthermore, the applicant does not need to bring legal proceedings against the wrongdoer, but some form of redress must be sought (Rugby Football Union v Consolidated Information Services Ltd [2013] 1 All ER 928). If the intended use of the information is deemed improper, or that the information is not necessary, then the Norwich Pharmacal order will not be granted.

The second condition is that there must be a need for the information in order to bring some form of action against the wrongdoer. If the information can be obtained via another route, such as under Parts 31.16 and 31.17 (Disclosure and Inspection of Documents) of the Civil Procedure Rules, then the Court will be reluctant to grant the Norwich Pharmacal order. This is unless it can be shown to the Court why these other methods are not feasible.

Finally, the third condition is that the respondent to the application (in most cases an innocent third party), must be ‘mixed-up’ in the wrongdoing in any way which distinguishes themselves from being a mere witness. This need for involvement is a justification for the intrusion on the respondent.

Popular use of a Norwich Pharmacal application

Applications for Norwich Pharmacal orders are becoming increasingly popular with the rise in use of social media. Quite often, people believe that they can hide behind a fake account to provide them with a sense of anonymity when sending abuse and harassing other users. Recent reports have shown racist abuse aimed at a number of prominent figures, in particular, high level footballers, who are often a target for abuse from online ‘trolls’.

Therefore, a Norwich Pharmacal order can be used to obtain the identity behind abusive messages by forcing the social media site to disclose information relating to the identity of the abuser. However, before an NPO is granted, there are a number of requirements that need to be satisfied.

With anonymous abuse online, there are no Civil Procedure Rules which are relevant. The only potentially relevant rules either require the third party to be a potential defendant, or for proceedings to have already begun. However, neither of these apply as the third-party generally is innocent of the wrongdoing and proceedings cannot be started before the identity of the third-party has been obtained.

Is the Norwich Pharmacal application justified?

As the grant of a Norwich Pharmacal order is purely on a discretionary basis, the court will have to consider whether it is a necessary and proportionate response in the circumstances. In the case of Rugby Football Union v Consolidated Information Services Ltd [2013] 1 All ER 928 the applicants sought to find out the identity of anonymous users of a website selling on tickets for an inflated price (contrary to the Terms and Conditions of the original sale of the ticket). The court set out 10 factors to be considered when considering a necessary and proportionate response.  They are as follows:

All of the above need to be considered before making an application.

In order to apply for a Norwich Pharmacal order, an application to the court should be made. Unless there is a need for proceedings to be kept secret from the respondent, they must be given notice of the application. A gagging order can also be obtained to prevent the respondent from informing any potential wrongdoers.

One further point to bear in mind is that the applicant will be expected to indemnify the respondent in respect of costs, both in relation to the application itself and with complying with the order. This is unless the respondent is identified as a wrongdoer themselves, or if they have acted unreasonably in some way. Despite this, these costs can potentially be recovered against the possible wrongdoer in subsequent proceedings.