Licences to Occupy – Pitfalls and Problems 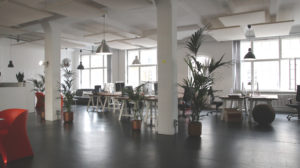 Few areas of law give rise to as many disputes as Licences to Occupy.

Although the parties often intend a licence to cover a short temporary occupation, problems often arise as:-

A couple of recent cases illustrate the problems which can arise:-

In both cases, the landowners were not entitled to possession without following the required procedures for termination of the relevant tenancies and in the former case, the landowner had to pay damages to the tenant for wrongly attempting to repossess the property (even though the tenant was at the time in arrears with rent).

Where an occupier is, in fact, a tenant (rather than a licensee), a landowner may be entitled, in some cases, to recover possession, but it is likely to incur significant costs and delay in doing so. In some circumstances, however, the landowner would not be entitled to possession where the occupier is a tenant with security of tenure and is saddled with a sitting tenant for a considerable period of time.

How does a landowner protect himself?

Before allowing anyone into occupation, a landowner should take legal advice. There are a number of ways in which a landowner can protect himself, for example:-

The best solution will depend on the circumstances and any such agreement needs careful legal drafting. If you would like more information please contact Ian Sanders on 0116 281 6227 or ian.sanders@bhwsolicitors.com.