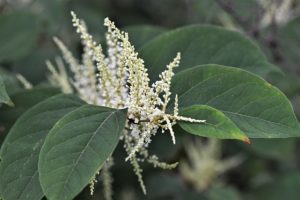 We first wrote about the budding problem of Japanese Knotweed back in January 2015. Since then, however, the problems facing homeowners or purchasers of properties containing or in close proximity to Japanese Knotweed have continued to grow (much like the problem plant itself).

Knot in My Back Yard – Japanese Knotweed & the Legal Consequences

Although it is not illegal for a homeowner to grow Japanese Knotweed (as discussed below, given how easily it can spread, with or without the help of gardeners with poor taste in plants, it would be unnecessarily harsh to punish those unfortunate enough to be burdened with the plant), having the plant growing in or nearby your garden can still cause serious issues if you are trying to sell your home.

It is of course still an obligation for any Knotweed to be managed and controlled, with such obligations still bearing penalties in the way of fines for non-compliance. It would also contravene the Wildlife and Countryside Act 1981 to intentionally spread Japanese Knotweed.

Again, this could be viewed as unreasonably harsh, given how determined the plant is to grow. Just small pieces of Japanese Knotweed can create new, prosperous plants if re-distributed, meaning an errant gust of wind could bring the issue to your door without you having any say about it.

These controls and the destructive nature of the plant could be off-putting for a potential buyer or, even if they are happy with the risk, their lender. It is standard practice now for sellers to acknowledge to their buyers (or landlords to their tenants) the existence of any Japanese Knotweed on or close to the property.

If this raises concern with the buyer or their lender, a survey detailing the extent of the problem may be required. At the present time, it isn’t clear who would be responsible, legally, for paying for a survey. Naturally, it would make more practical sense for the purchaser to organise the survey (as they will know the full and detailed requirements they or their lender will have for the survey), but is it really fair for the buyer to pay for this when the property they are purchasing is also coming with Japanese Knotweed?

While it may be legal to grow and keep Japanese Knotweed, those choosing to do so may still be liable to face legal action in the form of a private nuisance claim.

In a recent case, Network Rail attempted to overturn the decision made against them in a 2015 case for such a claim. In the 2015 case, owners of bungalows that adjoined land owned by Network Rail argued that the Japanese Knotweed that had infected their garden had come from Network Rail’s land. The presence of Japanese Knotweed on their property, the bungalow owners argued, interfered with their enjoyment (and lowered the value) of their homes.

The case was decided in 2017 in favour of the bungalow owners, claiming that the encroaching Knotweed was, in fact, a continuing nuisance and caused damage to the owners’ homes. Both bungalow owners were awarded damages.

The implications of this mean that, despite being legal to grow and keep Japanese Knotweed, if it can be proven that the nuisance suffered by a third party originated in the Knotweed you are growing, you might well be faced with a claim for damages. On the other hand, if you can attest to the fact that your new garden pest stemmed from a neighbour, you might be successful in being awarded damages in a claim against them.

As mentioned above, there is currently (as of July 2018) no legal guidance to set out who exactly should be responsible. A practical solution may be to negotiate a reduction in purchase price, to reflect the issues with the existence of Japanese Knotweed while also taking into account the cost of a survey.

Ultimately, however, it will be the responsibility of the buyer and seller to arrange this between themselves.

Aside from this, it goes without saying that anyone with Japanese Knotweed should be careful to avoid it spreading, to avoid the damages you could be paying following the Network Rail decision.

While not, possibly, being an ideal solution for ridding your property of Japanese Knotweed, there is something else you can do with the destructive plant, and it may come as something of a surprise!

Reportedly, Japanese Knotweed can be used to make a delicious crumble.

If you haven’t managed to eat your way through the destructive Knotweed (because of the speed and ease in which the plant grows it would, of course, be unrealistic to expect this in any event) by the time you come to selling or renting your home (or your seller or landlord hasn’t, if you’re looking to buy or rent) then it doesn’t have to mean the end of the deal. As suggested above, the first step to take is obtaining a survey to identify the severity of the problem, and then proceeding from there in a pragmatic manner.

James Bryce is a Solicitor specialising in Commercial Property. James can be contacted on 0116 402 7250 or email james.bryce@bhwsolicitors.com.