Case Update: Stavrinides and others v Bank of Cyprus plc 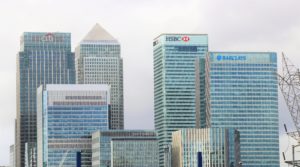 The law on actual and apparent authority is well-established but a recent High Court case has once again highlighted the importance of ensuring that the person you are dealing with has the necessary authority to act.

In Stavrinides and others v Bank of Cyprus plc [2019] EWHC 1328 (Ch), the High Court had to consider whether a bank’s local relationship manager had apparent authority to write off the debts of the borrowers.

Factors which the Court took into account were as follows: –

The decision serves to remind us that if there are ever any suspicions about an agent’s authority (for example if there has been a deviation from previous practice, or the transaction is of a significant nature), then it is advisable to request proof of authority from the principal.

To discuss the points raised in this article, contact BHW’s corporate team on 0116 289 7000 or email info@bhwsolicitors.com.