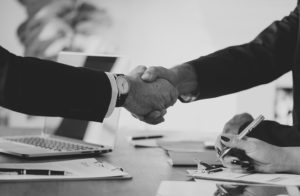 Restrictive covenants will be a familiar term to many people. They are often found in employment contracts and restrict certain activities, for example, the solicitation of employees and customers, or from setting up a competing business.

They have a reputation for being difficult to enforce in the Courts and must be drafted with great care to ensure that they stand the best chance of enforceability should they be held up to scrutiny in a dispute. The aim of a restrictive covenant should always be to protect the legitimate business interests of the party looking to enforce its terms.

Recently a case has been heard in the Commercial Court involving an exiting employee, Mr. Herbert, who was also a shareholder of the company and had started a new job with a competing business two weeks after his exit (Ideal Standard International SA v Herbert [2018] EWHC 3326 (Comm) (22 November 2018)).

This particular case hung on whether the waiver in the settlement agreement could be interpreted in such a way to include the non-compete clause contained in the shareholders agreement. The Court held that it did not.

If you would like to discuss restrictive covenants or you have concerns around your exit from a company, then please contact BHW’s corporate team on 0116 289 7000 or email info@bhwsolicitors.com.