Case Review: Caspian Pizza Ltd and others -v- Shah and Another 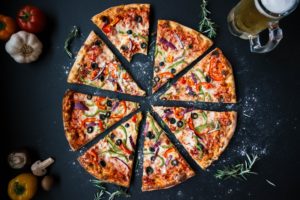 A Slice of Trademark Clarity

Many businesses will consider registering their business name or brand as a trade mark. This can be a useful tool to help protect the goodwill which a business has worked hard to achieve. However, there are a number of steps that need to be considered as part of an application to register a trade mark including whether the mark is sufficiently distinctive and whether another business uses that or a similar mark.

Background to the case

Caspian Pizza set up in Birmingham in 1991 and has a chain of restaurants across the Midlands. Caspian Pizza had registered two trade marks; (1) CASPIAN in 2005; and (2) CASPIAN PIZZA in 2010.

This was because the defendants had traded as Caspian and had built goodwill in the name in the vicinity of Worcester prior to the trade mark registration by Caspian Pizza. The scope of their earlier use of the name did not need to be at a national level or in an overlapping geographical area to challenge the validity of the registered trade marks.

1.      Registering your business’ name as a trade mark is by no means an ultimate safeguard for protecting your brand. It is however often the most obvious starting point.

2.      This case shows the importance of undertaking thorough due diligence prior to applying to register any trade mark. A prudent applicant can attempt to restrict the application’s geographical scope.

3.      This case highlights the importance of clearly documenting franchise agreements.

How Can We Help You?

If your business is considering registering a trade mark, believes its marks are being infringed or wants to enter into a franchise agreement then BHW Solicitors can help.

Matt Worsnop is a Partner and specialist corporate and commercial Solicitor. He can be contacted on 0116 281 6235, or email at matt.wornsop@bhwsolicitors.com.