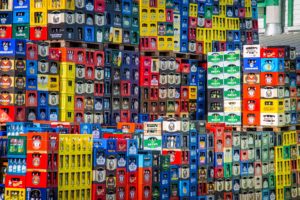 There are key distinct differences between an agent and a distributor which a business should consider and look to formalise in a written agreement prior to beginning the relationship. Failure to do so can create uncertainty and if the relationship breaks down, may result in litigation.

Businesses may look to appoint an agent or a distributor to take advantage of the agent’s/distributor’s market knowledge, trade connections and territory familiarity. Such a relationship could potentially reduce the appointing principal’s risk and liabilities in setting up in a new market or territory.

What is an agent?

An agent is an intermediary granted specific authority to either introduce customers (i.e. a referral arrangement) or enter into a contract with a customer on behalf of the appointing principal.

Who has the contract with the end customer?

It is the appointing principal which has the contract with the end customer and usually the agent is not a party to it. Therefore, the agent may not have any liability to the end customer. The agent will not usually acquire title to the products.

How are agents paid?

Agents generally operate on a commission relationship typically with reference to a percentage or volume of sales made.

Compensation or indemnity on termination

In the UK, under the Commercial Agents Regulations 1993, commercial agents dealing with the sale or purchase of goods may be entitled to compensation or indemnity from the appointing principal on termination of the relationship.

If these Regulations do apply then they cannot be contracted out of to the agent’s detriment. It is important to consider the minimum conditions set out in the Regulations and formalise the relationship in writing.

What is a distributor?

Who has the contract with the end customer?

It is the distributor which has the contract directly with the end customer. Such people are not the appointing principal’s customers. Distributors generally assume liability for the products sold to its customers.

Subject to effective retention of title clauses, title to goods will pass to a distributor for it to resell the goods on to the end customer.

How are distributors paid?

Distributors make sales to their own customers from the goods or services they have purchased in the first instance.  Therefore, there may be a greater incentive to sell the appointing principal’s products given the initial outlay. Also, the distributor will have the financial responsibility of managing their own customer’s invoices.

Compensation or indemnity on termination

In the UK, distributors are not generally entitled under the Commercial Agents Regulations 1993 to compensation or indemnity on termination of the distribution arrangement.

Other important considerations when appointing an agent or distributor

BHW regularly deal with commercial contracts including agency agreements and distribution arrangements. Should you have any queries then please do not hesitate to give Robert Flannagan a call on 0116 402 7245 or email robert.flannagan@bhwsolicitors.com.