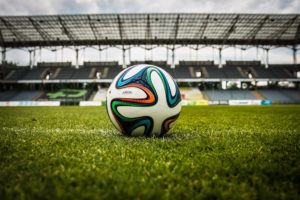 The case of Al-Hasawi v Nottingham Forest Football Club Ltd [2019] EWHC 1287 (Ch) has once again been in the news in relation to a misrepresentation and indemnity claim from Nottingham Forest against its former chairman Fawaz Al-Hasawi. The football club was sold in 2017 by way of a share purchase agreement (SPA).

In the SPA, an indemnity had been provided to the buyer in relation to liabilities at 31st December 2016 exceeding £6.6 million. The High Court ruled that the proper construction of the definition of “Liabilities” related only to the period up to 31st December 2016 in the strictest sense. The High Court rejected the buyer’s attempt to align the definition in accordance with the wider meaning given in the accounting standard adopted by the football club.

It is understood that the High Court granted an order that Nottingham Forest pay around £4.2 million plus interest to Al Hasawi for unpaid loans. These loans were due for repayment under the terms of the SPA with the Court having rejected the club’s and the buyer’s counterclaims for breach of the SPA. It is since understood that Nottingham Forest have paid the amount in full but have been granted permission to appeal to the Court of Appeal and plan to fight the High Court decision. Making an analogy with the game of football, we await the VAR (in this case, Court of Appeal) review.

This case indicates that the need for clear, unambiguous drafting should not be overlooked when dealing with share purchase agreements. BHW has a Corporate & Commercial department which regularly deals with SPAs. For further information contact Corporate Solicitor, Robert Flannagan, on 0116 402 7245 or email robert.flannagan@bhwsolicitors.com.