An Employer’s Obligations – Back to Basics 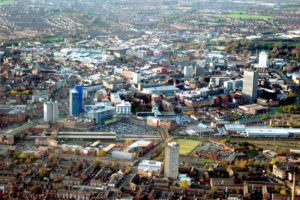 Recently Leicester has been at the forefront of the press headlines as it was the first area in the UK to enter into a local lockdown, meaning shops and restaurants had to close almost as soon as they reopened. The Leicester textile industry has also come under fire after reports of underpaid workers and breaches of social distancing measures were publicised.

The press has claimed a surge in online shopping has led to an increased supply and demand within the textile industry generally, and it has been reported some businesses who experienced an increase in orders, turned a blind eye to the legal obligations they have to their employees to capitalise on the opportunities, pressured by the current economic downturn.

This has raised three key issues that employers must be mindful of:

1. Health and safety and an employers’ duty of care

Firstly, all employers have a duty of care to their employees, meaning that they should take all steps within reason, to ensure their health, safety and wellbeing. Every employer should have this duty at the forefront of their mind, particularly since the pandemic has created the need for ever increasing health and safety measures.

Many employers will be impacted by the Modern Slavery Act 2015, which deals with human trafficking, slavery, servitude and forced labour. The phrase “modern slavery” is often misunderstood by employers as it is often used in the press headlines to describe severe and shocking working conditions, which seem detached from our working norms. It does however, form a prominent part of business for many industries, including the textile industry.

It is a requirement under the act for businesses who provide goods and services in the UK to provide a slavery and human trafficking statement if they have a turnover of £36 million. However, businesses who do not meet these criteria may choose to provide a voluntary statement to their suppliers particularly as many companies will only work with those suppliers who do!

Additionally, business’ can take steps to demonstrate their stand against modern slavery, and to ensure their staff are equally informed, by including an anti-slavery and human trafficking policy and whistleblowing policy in their handbook.

All workers and employees have certain rights under employment legislation, one of which being the right to receive the national minimum wage. This has been reported in recent headlines as being an area often overlooked by employers.

The minimum wage is increased every year in April, 2020 being no exception, and wages for workers should increase with it. If an employer fails to pay national minimum wage, HMRC can fine the business up to £20,000 per worker. Employers who fail to pay can also be named publicly, with some culpable individuals being banned for being company director for up to 15 years.

If you wish to discuss modern slavery, employer duties of care, general employment rights and obligations, or any aspect of employment law then contact Amanda Badley on 0116 402 9019 or email amanda.badley@bhwsolicitors.com.