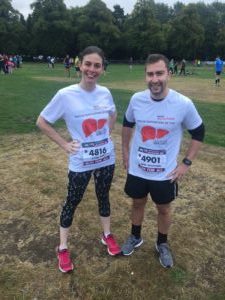 The event, in its second year, took place on Sunday 9th September and passed some of the sights of the City. Starting in Abbey Park, passing the Grand Union Canal, King Richard III Visitor Centre and Leicester Cathedral before crossing the finish line back in Abbey Park.

Lord Mayor of Leicester, Ross Grant, and Leicester Tigers player, Tom Youngs started the race with over 1100 runners taking part. The weeks of training paid off as Claire and Dan beat their target time of under one hour while raising £200 for their charity.

The Leicester HPB Unit is based at the Leicester General Hospital and provides vital research into pancreatic and liver cancers. 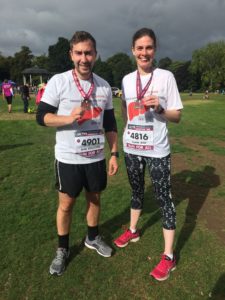