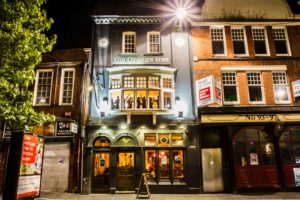 BHW Solicitors has advised the Orange Tree Group on the disposal of 8 sites across the East Midlands to a range of buyers.

The multifaceted transactions involved a mixture of tied and free houses, owned and leased premises as well as intellectual property and employment aspects and also an internal restructure.

Due to the variety of the businesses owned by the Orange Tree Group, one buyer could not be found for the group. The 8 sites were therefore disposed to 4 different buyers, including 2 sales to management and 2 sales to third parties.

Ben Hings, Director of the Orange Tree Group, said: “I’m certain all of the sites will be in safe hands. The plans that all of the buyers have will provide opportunities for the staff and continue our values of providing a great experience for the customers.”

BHW’s Ed Nurse commented: “It was a pleasure to act for Ben and Gareth on this project. The complex nature of the multiple deals with a variety of considerations really played into BHW’s strengths as a specialist commercial law firm.”

Meanwhile, the Orange Tree pub in Derby has seen a 10-year lease agreed with two members of the former management team.

Ed continued: “We were able to draw on very specific knowledge from across our teams to ensure the Orange Tree Group received only the best tailored advice.”

Two further sites owned by the Orange Tree Group, Fenways in Loughborough and the Lansdowne in Leicester, have 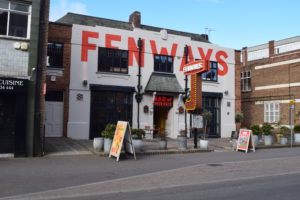 been acquired by Novatis Private Limited who operate under the Koban Group.

The final stage of the disposal project, which saw the first 4 sites complete in November 2018, has now been finalised. The team at BHW advised on the management restructure of the Basement in Leicester, seeing it pass to part of the existing ownership.

Speaking about the support received from BHW, Orange Tree Group Director Gareth Smith said: “The sale of our 21-year-old business was a daunting prospect and dealing with 4 different buyers added to the complexity. The whole team at BHW ensured that the process was as smooth and painless as possible, with fast reaction time and excellent negotiating skills that gave us confidence and reassurance throughout all of the deals.”

Gareth added: “I have discovered that business sales are not always straight-forward and you need a team of Solicitors that can find solutions and answers to anything that arises. BHW managed to accomplish this every step of the way.”