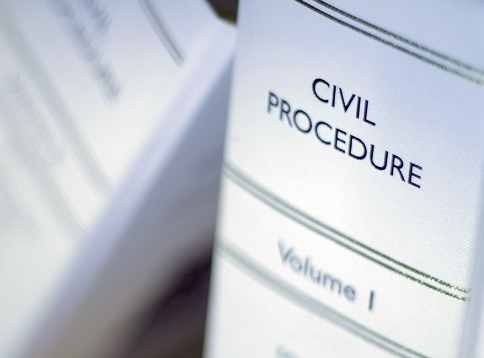 The Civil Procedure (Amendment) Rules 2022 come into force on 6 April 2022. We outline the following changes below:

Both the Civil Procedure Rules Part 2 (which relate to the application and interpretation) and Part 43 (which relates to a change of solicitor) have been amended to reflect a new interpretation of “filing”. The online system (My HMCTS) would now allow notices of change of solicitor to be filed online, which will now inevitably speed up the process when filing a notice of change. This could be particularly useful when there are strict deadlines to be met, which is a common occurrence within litigation.

The Civil Procedure Rules Part 12 has also been drafted, to simplify the rule. There is now a requirement for the claimant to provide the defendant’s date of birth only if known and where the defendant is an individual. In addition, an application is now required under Civil Procedure Rule Part 23 where a default judgment is sought for costs only. This does not include fixed costs.

Due to the amendments in the Civil Procedure Rules Part 26, there has now been an increase to the small claims track limit in personal injury claims, which do not arise from road traffic accidents. The previous limit was £1,000 it will be increased to £1,500, which is an increase of £500. This has in turn led to changes in the Civil Procedure Rules Part 16, 27 and 45.

Acknowledgement of service and Default Judgment

The amendments to the Civil Procedure Rules which resulted in the small claims track limit being increased there has had to be changes in the corresponding forms. These include the claim form.

There has also been an ‘updated suite’ in relation to both normal and Commercial Court Forms. This includes some revision of some of the existing forms, as well as the inclusion of some new forms.

Paul Davis is the head of BHW’s Litigation department. If you would like any advice on the Civil Procedure rules, or assistance with any aspect of Litigation, please contact Paul Davis on 0116 281 6231 or at Paul.Davis@bhwsolicitors.com.