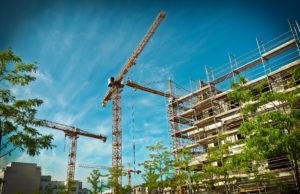 Nearly one year after the catastrophic Grenfell Tower fire that claimed the lives of 72 men, women and children, the independent Hackitt Review into building regulations has published its final report.

Separately, the public Grenfell Tower inquiry began nine days of commemoration hearings on Monday (21st May 2018), starting with a 72-second silence in memory of the victims.

In brief, the chief outcomes of the Hackitt Review are:

The main criticism of the report so far centres on the fact that it does not recommend an outright ban on the use of flammable cladding materials. This is because, as it was revealed at the hearing, that the plastic foam insulation on the Grenfell Tower had not passed a safety test and may have been mis-sold by the manufacturer. The insulation, which has been used on many other buildings, should have been combined with specific fireproof cladding but was sold to the Grenfell refurbishment contractors despite knowing the wrong cladding would be used.

Dame Judith Hackitt has defended the decision not to call for a ban, saying that simply banning something is no guarantee of compliance.

We will continue to follow this news story and its implications for the building industry as it develops.