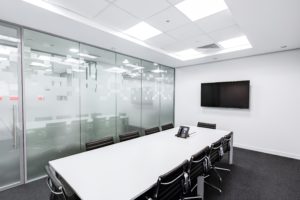 For private limited companies, the ability to buy back their own shares (whether for cancellation or to be held in ‘treasury’) is an extremely useful way to either structure an exit for a shareholder leaving the business or to return value to one or more shareholders.

However, the statutory requirements which must be followed to validly buy back shares are strict, which can cause significant problems for the unwary.

Under the Companies Act 2006 (the 2006 Act), some of the key requirements for an off-market buyback of shares are:

(There is a separate, more complicated, procedure for buying back shares out of capital, which is rarely used and is outside the scope of this article.)

Failure to comply with the Companies Act 2006

Failure to comply with many of the 2006 Act requirements will result in:

This is compounded by the fact that although many of the provisions of the 2006 Act are quite flexible and, where processes aren’t followed to the letter it is often quite straightforward to ratify things, there is no mechanism to ratify a defective share buyback.

An apparently minor failure to follow the 2006 Act requirements to the letter can therefore result in a very messy situation. Shares that everyone had assumed to be cancelled can turn out to still be in existence. As a result, the payment made by the Company for the shares turns out to be a loan which may need to be repaid by the shareholder.

Where an invalid buyback is not identified for some time, this can also give rise to further issues, including:

It is often the case that problems with buybacks are only picked up as part of a legal due diligence exercise undertaken by a buyer at the point a company is being sold. In this situation, the discovery of a defective buyback clearly has the potential to adversely impact the sale price, the timing of the transaction and possibly even the viability of the sale.

There is a temptation for directors to view a share buyback as a straightforward administrative matter and adopt a ‘D.I.Y.’ approach. However, the potential problems caused by getting it wrong mean that this is, at best, a false economy and, at worst, capable of completely derailing a company and leaving its directors liable for criminal offences. The only sensible approach is for directors to take legal advice at an early stage to make sure that no-one involved needs to spend time looking over their shoulder afterwards.

BHW’s Corporate and Commercial team have extensive experience of all kinds of share buybacks and other returns of value to shareholders. For further information, contact Stephen McElhone on 0116 281 6237 or email stephen.mcelhone@bhwsolicitors.com.