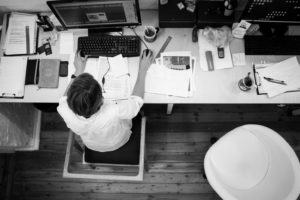 Entrepreneurs’ relief is available to individuals (and, in certain cases, trustees) who realise qualifying gains. It operates so as to apply a 10% rate of Capital Gains Tax (CGT) to qualifying gains up to a lifetime limit (currently £10 million).

In the absence of Entrepreneurs’ relief, gains are taxed at 10% to the extent that the individual’s taxable income for the year falls below the basic rate band upper limit and 20% on the balance.

Entrepreneurs’ relief will apply to a disposal of shares or securities of a company provided that certain qualifying criteria are met. As such, it has traditionally been a core part of the tax planning strategies of many owner-managers. However, the Autumn 2018 budget introduced a number of changes which potentially limit the availability of Entrepreneurs’ relief.

Prior to 29 October 2018, in order to qualify for Entrepreneurs’ relief, the following conditions needed to be met for at least one year prior to the date of disposal of the relevant shares or security:

Impact of the Autumn 2018 budget

The Autumn 2018 budget introduced two key changes to this position:

The first of these changes is particularly problematic in that it could effectively denies Entrepreneurs’ relief to individuals selling growth shares or alphabet shares.

Growth shares are often issued to members of a management team in order to incentivise them in the longer term. Such shares typically rank equally with the existing shares as regards voting rights and entitlement to dividends, but their entitlement to participate in the capital value of the company is limited to any increase in value after the date of issue. This effectively reserves the historic value of the company to the founder shareholders, whilst giving management shareholders a stake in the value they add to the company going forward.

Prior to the Autumn 2018 budget, if the growth shares held by an individual represented 5% or more of the company’s issued ordinary share capital, they potentially qualified for Entrepreneurs’ relief on a sale. However, since 29th October 2018 they may no longer qualify because they do not automatically entitle the holder to 5% of the company’s assets available for distribution to equity holders on a winding up.

Many companies divide their ordinary share capital into ‘alphabet shares’ (i.e. A shares, B shares C shares etc.). Typically, these shares will rank equally in all respects save for entitlement to dividends, in order to give the directors the flexibility to declare different dividends on each class of share, or to declare dividends on one class to the exclusion of the others.

As with growth shares, prior to the Autumn 2018 budget if the alphabet shares held by an individual represented 5% or more of the company’s issued ordinary share capital, they potentially qualified for Entrepreneurs’ relief on a sale. However, since 29th October 2018 they may no longer qualify because they do not automatically entitle the holder to 5% of the distributable profits.

The effective removal of Entrepreneurs’ relief for the holders of alphabet shares caused a number of professional accountancy bodies (including the Chartered Institute of Taxation) to raise concerns with the government about how the new conditions would operate in practice. In response to these concerns, the government tabled Commons Report stage amendments to the Finance Bill 2019 on 20th December. These amendments will, if they pass into law, replace the requirement for qualifying securities to be beneficially entitled to 5% of the distributable profits AND 5% of the company’s assets available for distribution to equity holders on a winding-up, with the alternative tests. These would require the selling shareholder to be beneficially entitled to EITHER (or both) of the following:

Whilst these amendments do not help the holders of growth shares, which appear to remain excluded from Entrepreneurs’ relief, they do effectively reinstate the possibility of Entrepreneurs’ relief for the holders of alphabet shares. It should however, be stressed that these changes have not yet been passed into law and there is no indication that, even if they do, they will have retrospective effect and apply to disposals which have taken place since 29 October 2019.

In the light of these changes, companies which have issued either alphabet shares or growth shares as part of their long-term tax planning arrangements should now contact their tax advisors in order to review the position. Clearly, any incentive provided to employees and directors by a shareholding in the company is capable of being undermined if the shareholders are exposed to a significantly higher level of Capital Gains Tax on an exit. It may ultimately be that the rights attaching to different classes of share may need to be revised by way of changes to the company’s articles of association to ensure that Entrepreneurs’ relief remains available.