Anyone for tennis? Easements for recreation and sport 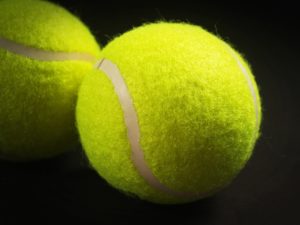 Recently, the Supreme Court reached its final decision on Regency Villas v Diamond Resorts and its judgement marks a distinct change in the way the court perceives easements and their creation.

For over 60 years the law of easements has been governed by the case of Re Ellenborough Park [1955]. This landmark case describes the requirements to create an easement, they are as follows:

It is important to note that Re Ellenborough Park has not been overruled, rather the above 4 requirements have been adapted to incorporate the facts of Regency Villas.

In around 1979, Broome Park and its country estate which included the substantial mansion Elham House, was purchased by Gulf Investments Ltd to develop a timeshare and leisure complex. Originally the apartments were within Elham House and there was a communal club house for the timeshare owners which included the use of a golf course, swimming pool and various other recreational facilities. Due to the success of the arrangement a decision to invest in further time shares at the estate was made in 1980. However, here, instead of the time shares being on a leasehold basis they were incorporated using a freehold structure upon a plot adjacent to Elham House, named “Regency Villas”.

The key point of this entire case can be found within the wording of a transfer deed dated 11 November 1981. It reads as follows:

“the Transferee its successors in title its lessees and the occupiers from time to time of the property [Regency Villas] to use the swimming pool, golf course, squash courts, tennis courts, the ground and basement floors of the sporting or recreational facilities……on the Transferor’s adjoining estate. [Elham House]”

In layman’s terms, this wording essentially grants the freehold land which had been allocated for the new freehold Regency Villas an easement for the current owners and successive owners to continue using the swimming pool, golf course, squash courts, tennis courts, the ground and basement floors of the sporting or recreational facilities at the adjacent Elham House.

Bringing this forward to present day and how the case came to court. The management of the complex had been charging the owners of Regency Villas a fee for their use of the facilities. However, this of course would run in contradiction to the easement granted in the 1981 transfer, which gives the owners a free right to use these facilities. The owners claimed that there was an easement and that they should be returned any fees they paid for the usage. Further that their usage should be unrestricted as essentially detailed in the wording of the easement.

Application of Re Ellenborough Park

Traditionally recreational uses could not be the subject matter of an easement. This is because the wording for a recreational use may be in vague language, framed too widely or interfere with legal possession. However, the wording in this case was very specific, it lists the uses available and even where they may go, “basement floors…” It is a comprehensive right to use the facilities as they evolved and not just in 1981, “successors in title its lessees and the occupiers from time to time of the property”. Lastly, there is no express requirement for them to contribute to the operational costs.

The easement or right granted must ‘accommodate’ the dominant land. This is important, the easement must be for the benefit of the dominant land itself and not the individual owner. Usually recreational uses would be deemed a right for the benefit of the individual owner. Golf and tennis are pastimes which would not usually benefit the land itself in any way. However, the court saw the easement here as a comprehensive right for the Regency Villa owners to use these facilities as a whole and did not concentrate on the individual pastimes. Further, they said that this comprehensive right to use the facilities was a benefit to the land here as they were time share villas, and so were mainly used for recreation and enjoyment anyway. The easement therefore does benefit the land itself and not just the individual.

The Supreme Court acknowledged in their judgement that the granting of such an easement in this case is a novel idea, and quite rightly so, an easement such as this does not provide any way for an owner of such a facility to recover maintenance costs for the use of the complex. It is also not yet clear whether this case will create ‘good’ law and caution should be given to anybody thinking that such an easement can now be created. The facts and application of this case are quite specific. The Court here have essentially sought to achieve what was intended by the original parties when they drafted the 1981 transfer, and that is for the adjacent Regency Villas to have a right to freely use the recreational facilities. To fulfil this intention they have stretched the application of Re Ellenborough Park. This also re-iterates the importance of ensuring client’s intentions are clearly worded in drafting as they can create serious legal re-percussions in the future.

For more information contact our Commercial Property team on 0116 289 7000 or email info@bhwsolicitors.com.