The End of “No-Fault Evictions” 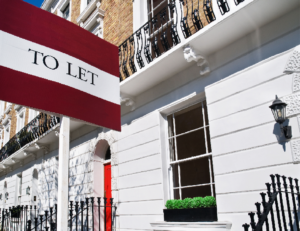 Under new Government plans, landlords will no longer be able to evict tenants at short-notice without good reason.

Presently, a landlord is able to evict a tenant from a property once their fixed-term tenancy has come to an end by giving 2 months’ notice, using what is known as a Section 21 notice. Whilst this may appear to be reasonable, the landlord does not actually have to provide any particular reason for the eviction, such evictions are known in the industry as “no-fault evictions”.

The government is looking to abolish “no-fault evictions” by implementing changes to the current rules. Under new proposals, the landlord would have to provide the tenant with a valid reason for the eviction.

Similar plans have been suggested in Wales. In Scotland, the new rules for landlords providing a reason for eviction were implemented in 2017. In Northern Ireland, it is expected that landlords will still be able to carry out “no-fault evictions”.

The changes are being welcomed by the National Landlords Association, the Citizens Advice Bureau, the Prime Minister, and the Housing Secretary. With the increase in long-term private renting, these plans will protect families from finding themselves homeless. Particularly in cases where they raise concerns with their landlord about the poor conditions of the property and even the lack of health and safety at the property.

The National Landlords Association claim that landlords themselves will welcome these changes as it will promote good practice. The government has not announced when the new rules will be implemented.