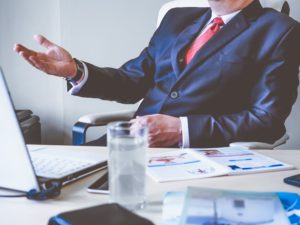 Bad Leaver Provisions Upheld in a Company’s Articles of Association.

What are good and bad leaver provisions?

Good leaver and bad leaver provisions generally relate to the circumstances in which someone ceases to be employed by a company.

They are often found in the context of an employee’s shareholding. The employee’s share ownership can be made conditional on their continued involvement in the company so that if they leave for whatever reason, they are required to offer up their shares for sale to the other shareholders or to the company itself.

Different valuation mechanisms can then be applied depending on the circumstances which have triggered the sale. For instance, a shareholder who dies or leaves due to ill-health may be considered as a good leaver and receive full value for their shares.

Conversely, if someone has ceased to be an employee because of gross misconduct then they might be deemed to be a bad leaver, resulting in a discount being applied to the value of their shares. Bad leaver provisions and the threat of not receiving full value for their shares should act as an incentive to a shareholder to act in good faith in their dealings with the company.

Good leaver and bad leaver provisions can also be found in the context of earn-outs. Earn-outs are a mechanism sometimes used on the sale and purchase of shares in a company to make part of a purchase price determinable by reference to the future performance of the company.

Earn-outs can be used as an incentive to retain the employment of selling owner-managers for an agreed period following the sale.

In the circumstances of this case, when Instinctif Partners Ltd acquired Communication Operations Ltd (“COL”) by way of a share purchase they required the key employees of COL to be incentivised so that they were more likely to stay with the company.

The arrangement put in place was that COL gave its key employees shares prior to Instinctif’s acquisition. Miss Nosworthy was a key employee and was given a 2% shareholding. Instinctif then acquired all the shares in COL (including Miss Nosworthy’s) and paid for the shares partly upfront and partly by way of an earn-out scheme.

The earn-out scheme was a combination of cash consideration together with new shares and loan notes issued in Instinctif. The combined payments were to be staggered over a period of 3 years and subject to good leaver and bad leaver provisions. In this case, Instinctif’s articles of association provided that a bad leaver included an employee who resigned voluntarily.

On becoming a leaver, Instinctif’s articles of association required the employee to transfer any issued loan notes and shares. In the case of a bad leaver, the shares would be transferrable at the lower of acquisition cost and fair value and the loan notes would be forfeited as determined by a remuneration committee.

Miss Nosworthy voluntarily resigned in 2016. By this point the third earn-out period had already expired and Miss Nosworthy had, therefore, been issued loan notes and shares in Instinctif. Despite the expiry of the earn-out period, the company required her to transfer her shares for £143 (£1 per share) and to forfeit her loan notes in accordance with the company’s articles of association as she was deemed a bad leaver for voluntarily resigning.

Miss Nosworthy challenged this and part of her case was that the bad leaver provisions amounted to an unconscionable bargain and an unlawful penalty clause.

A remedy for an unconscionable bargain is the rescission of a contract where a serious commercial disadvantage has been immorally exploited with an overreaching and oppressive result. A penalty clause relates to damages for breach of contract which are purely a deterrent against breach rather than a genuine pre-estimate of loss. Penalty clauses are generally unenforceable.

The decision highlights the importance of the need for employees to take legal advice prior to entering into a share scheme or an agreement to receive shares; which will often be subject to conditions. While this decision is specific to the facts, it shows that widely drafted bad leaver provisions (e.g. which apply on an employee’s resignation) may be enforceable.

Employers should also think carefully and seek legal advice on the terms upon which they are prepared to allow an employee to receive shares, and also on how those shares are to be dealt with post-termination of employment.

BHW has a Corporate & Commercial department which regularly advises on shareholder issues and shareholder structuring. For further information please contact Robert on 0116 402 7245 or at robert.flannagan@bhwsolicitors.com.